The Science Behind Concrete: How Corrosion Occurs 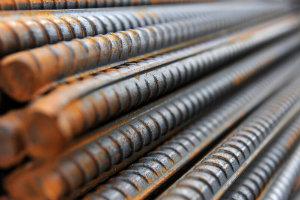 Metal rods, usually rebar, are used to reinforce concrete. Iron ore is refined into steel, which is thermodynamically unstable. When moisture and oxygen are in contact with steel, the steel will rust, producing iron oxide, otherwise known as corrosion. Corrosion is electrochemical and in concrete it is the interaction between the concrete and the metal within it. Concrete is alkaline, which also makes an interaction more likely.

While corrosion of concrete happens very slowly, and industrial concrete repair can generally be scheduled based on our understanding of how long it takes for corrosion to affect the strength and structural integrity of the concrete, some factors can speed up the process of corrosion. Chloride ions are a very common cause of corrosion of concrete. They are present in seawater as well as deicing salts. The moisture and oxygen present in alongside chloride ions can cause corrosion to happen more rapidly.

Other Causes of Corrosion

Concrete can also be initially damaged by fire, calcium leaching, aggregate expansion, bacterial corrosion, and other physical damage. When the concrete is damaged, corrosion is more likely to occur.

If a concrete structure has visible cracks and pitting, and if reddish brown staining is present, these are clear signs that corrosion is occurring. Degraded concrete will slowly lose its integrity and should be considered for industrial concrete repair as soon as signs of corrosion are detected.